This past January, CRHP held its first surgical camp with our partner, the Freedom From Poverty Foundation.  This is where you first heard of our friend, Sarthak’s, story. Sarthak is only one of the many patients who have benefitted and will benefit from their free care and post-operation check-ups. This December, we are happy to announce that we will be hosting our second weeklong surgical camp with FFPF! From December 3 – 10, visiting surgical teams from Canada and Italy will work with our local hospital staff during operations on patients suffering from various disabilities like cleft palates, club foot, burn contractures, foot and hand deformities, and tongue ties.

Surgery can be life changing for many individuals who simply can’t afford it. Read about some of our returning patients from our January camp to see how they’re lives changed after their initial surgery!

Sarthak Madan Bedre is 14-years old and attends school in Jamkhed where he is in the 8th grade. Four years ago, Sarthak was hit by a car and severely injured. He was bruised, and his wrist was broken. His family was terrified and brought him to a private hospital in Pune for surgery. The surgery cost about 5,838 USD. Unfortunately, the surgery was not successful and his wrist bone grew outward in a very unnatural way. His doctor wanted the family to return for a follow-up visit; however, the family could not afford to do so, and they were unable to have Sarthak’s wrist checked up. Like many in this region, money always was an obstacle for families like Sarthak’s to seek proper medical care.

Sarthak’s wrists bone continued to grow outwards from his arm and became fixed in a bent position without proper check-ups following his first surgery in Pune. Cold seasons brought extreme pain and suffering to his wrist and joints. Lifting things with his left hand was difficult. Classmates and peers constantly teased and bullied him. He was called names like, “The Broken Boy” and “Broken Hand,” which made Sarthak feel isolated, lonely, and different.

He was lucky to have received his surgery in January 2015 as the surgeons would not have been able to fix his wrist if the surgery were postponed further. With his wrist making the first step towards recovery, Sarthak has gained confidence, independence, and happiness. He aspires to get a job in banking, specifically as a charter accountant.

Pandurang Jadhav is 5-years old and is from the village Nahuli, one of CRHP’s project villages 18 km away from Jamkhed. He is the youngest of three siblings; he has an older sister and brother. Pandurang was born with syndactylies of the digits on both his hands and both his feet, binding fingers and toes together that were meant to be separate. Local superstitions had his parents believe that his mother cutting vegetables during an eclipse was the cause of his birth defects.

His parents are famers, and they could not afford the procedures at the private hospitals. Public hospitals had the surgical procedures, but they did not know if they would do it properly. They heard about CRHP’s surgical camp and decided to bring Pandurang to see if he was eligible for a free procedure.

Now, after the first surgical camp at CRHP, Pandurang’s left hand finger was separated into two, to match the two fingers he has on his right hand. While his other three extremities were not operated on, he will experience better utility and is already learning how to make use of his second left finger. The hope is that in subsequent camps at CRHP, we will be able to give him better function of his other hand and feet. 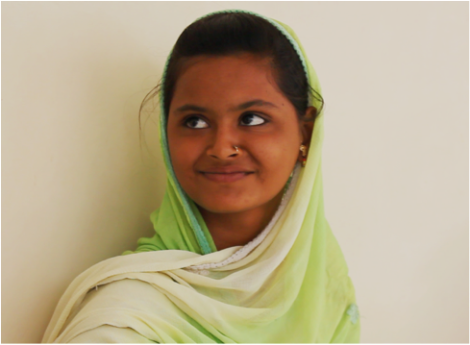 Reshma Salim Shaikh is 14-years old and is from the Project Village of Halgaon 22 km from Jamkhed. She has an older sister in 10th standard and a brother in 5th standard. Her father is a driver in Mumbai, and her mother is a farmer. When she was 7-8 months old, she was crawling around the kitchen and picked-up a burning piece of coal in the oven. The burn caused contractures throughout her palm. Her family brought her to a private hospital in Mumbai when she was 10 for a surgery. It cost 30,000 Rupees (USD 448), and she was admitted to the hospital for 1.5 months.

Her surgery in Mumbai did not completely fix the contractures in her hand so writing with her right hand was still uncomfortable and painful. Because of this, she learned how to write with her left-hand. She proudly says that she forced herself to become ambidextrous. Reshma and her family came to CRHP’s surgical camp last year in the hopes of finally healing Reshma’s injuries after many years of suffering.

During CRHP’s surgical camp in January 2016, the surgeons were able to release her contractures with the use of skin grafts and keep her finger in proper alignment with K-wires. Since her surgery, Reshma’s hand has been healing well. Her k-wires have been removed, and she is now able to move her fingers. She looks forward to being able to take computer and typing classes at school. Her dream is to become a computer engineer, and her favorite subject in school is the Indian Information, Communication, and Technology course.